The Great Australian Back Yard Barbie!
The Woodlands Hotel 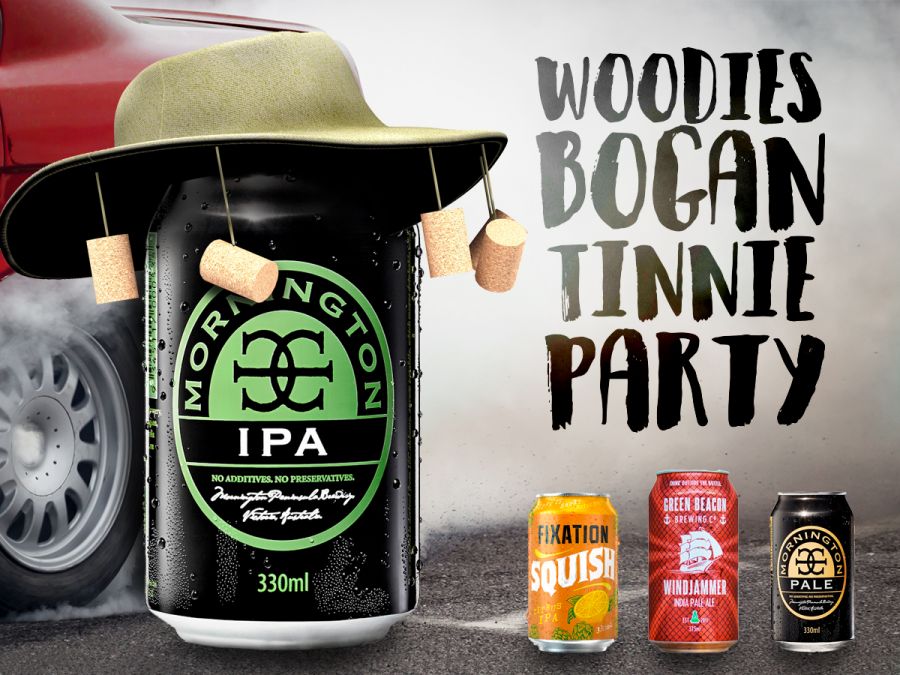 Team Woodies welcomes you to celebrate the rise of the craft beer can with our epic bogan tinny party. Get your shortest pair of stubbies out, avoid the salt water crocs, and prepare for an arvo of bogan delights.

Our tinny party is nothing more than an excuse to fully become Russell Coight for an arvo - we'll have all the best all-Aussie tins available, we're firing up the BBQ and slinging sausage sangas like there's no tomorrow, there'll be live music (playing both types - Country AND Western), and when the musos are taking a break we'll probably just play "Horses" on repeat.

Brewers and reps from our fave Aussie breweries will be flinging merch throughout the arvo so swing down for some sweet new goods. While some places in Melbourne get more rain in 12 months than most other places get in a year, you don't have to worry about that at the Woodies - our beer garden is under cover! Aside from the epic Aussie tunes, epic Aussie tins, and the epic sausage sizzle, you can enter our best bogan attire comp and explore the local flora and fauna.

Also at The Woodlands Hotel

Welcome To The Woods: All Aussie Adventures

Join us for our infamous beergustation as we immerse you in delicious flavours unique to this sunburnt country, across seven courses perfectly matched to our favourite seven breweries from Australia-wide.