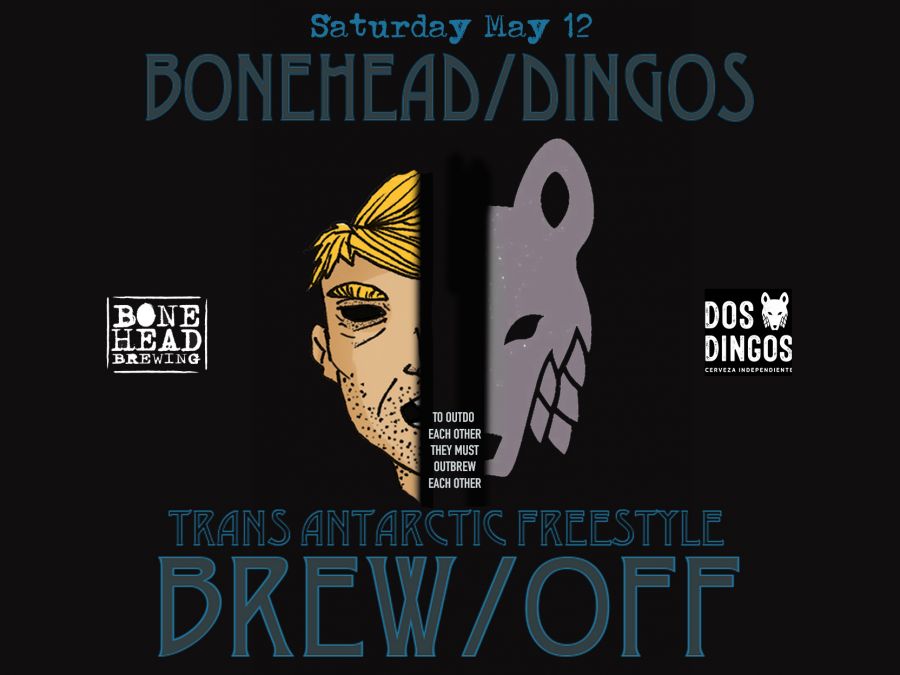 Two start up breweries from opposite sides of the world colliding in competition and collaboration. Each simultaneously showcasing and sharing their unique styles, adding their own cultural signature and trying to out brew each other.

Bonehead Brewing from Melbourne’s inner North West, newcomers to the Australian market who despite making it up as they go, have more than one good event under their belt.

In preparation for good beer week, with nothing more than a pre-determined style to work off, both breweries have prepared for a simultaneous brew day, with the recipes only divulged by the other breweries assistant brewer on the brew day, from the other side of the world, via a video link. You may call it “Boneheaded”; we call it a Trans Antarctic (collab) freestyle brew-off.

On the day, the Matias from Dos Dingos will travel to Bonehead in Melbourne to participate in the public judging of the two beers, warts and all. He’ll also be cooking up a traditional Argentine style Asado to give us a taste of the scene in Argentina.

$25 for the Asado lunch and a free sample of the Trans Antarctic Beer of their choice (Dietary requirements will be catered for with advanced notice).