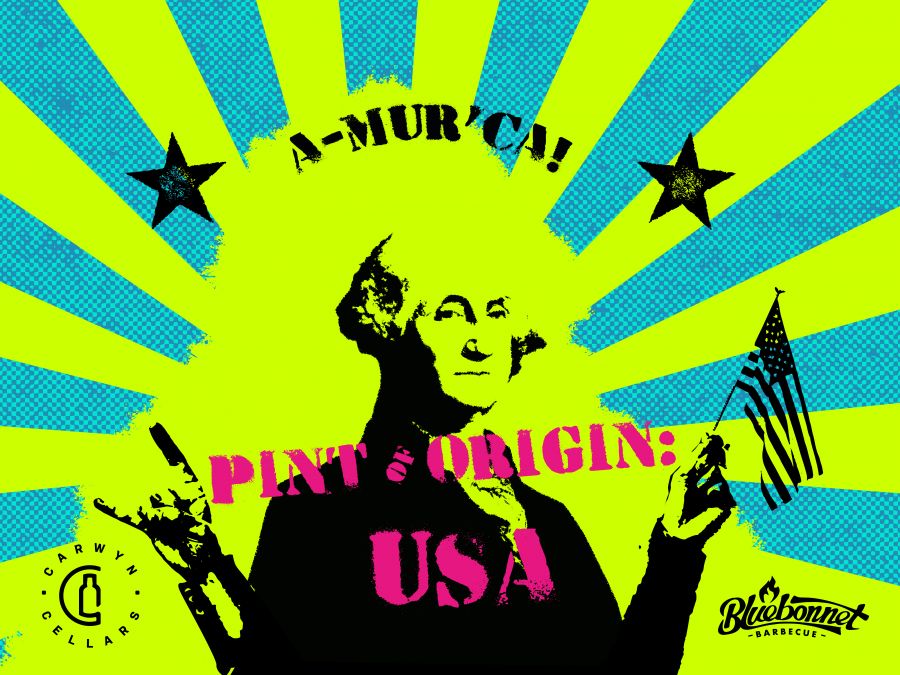 It's a week-long celebration of all things USA at Carwyn (mostly beer & BBQ, let's be honest):

Here's the day-by-day rundown of events:

Sat 19th: Garage Project & USA Friends PARTY. Without giving too much away, this might be the coolest party we ever throw. With the help of our friends at Garage Project, we are filling our taps with Garage Project rarities as well as beer from 5 American breweries you thought you'd never get the chance to try in Australia. We're keeping the brewery names a secret, so you're just gonna have to trust us. *PLEASE NOTE: The bar won't be open and the party won't kick off until 3:30pm as the sold out Garage Project & USA Masterclass event will be taking place.

Our marquee event of the week - join Garage Project's Jos Ruffell as he presents five rarities from Garage Project alongside five beers from five US breweries you thought you'd never get the chance to try.