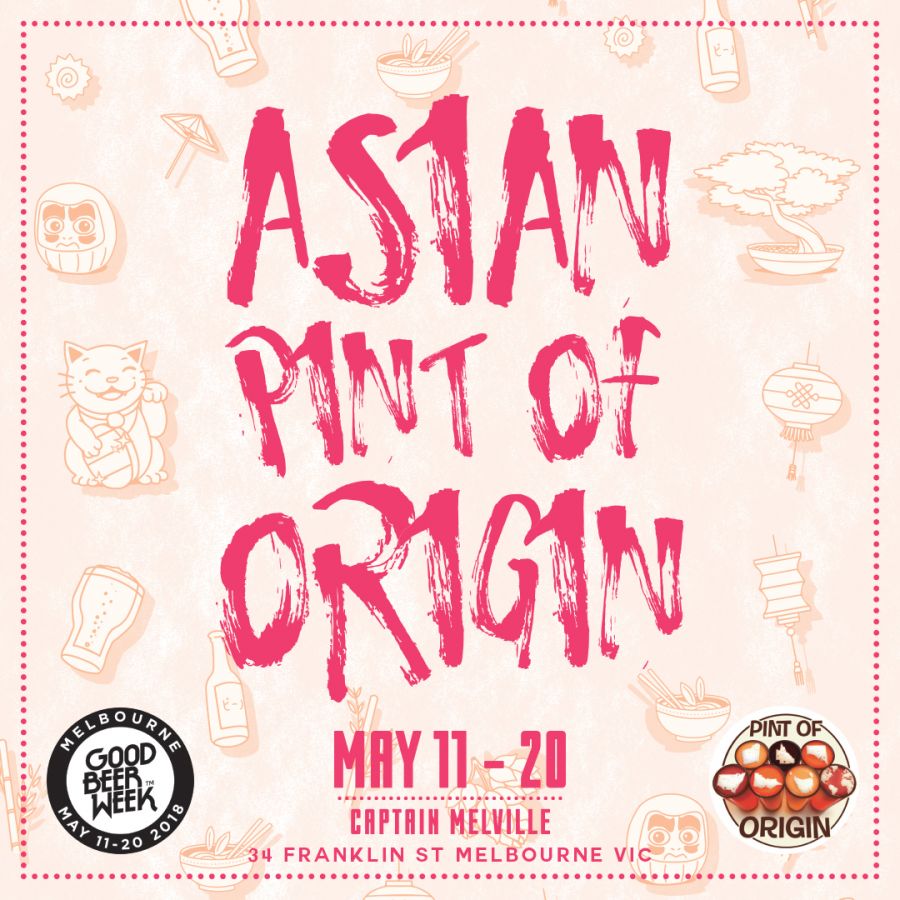 From one of the fastest growing craft beer scenes in the world, Captain Melville bring you the world of Asian Craft Beer.

Over the course of GBW 2018 the Captain will be bringing on board a host of never before seen craft breweries and their unique beers to Australia from Asia.

Tap Takeover and meet the brewer session from 5pm - 7pm on the 19th of May.

Tantalising Asian inspired snacks, exclusive first pouring, special one off beers, plus a few hidden surprises ... trust us, you'll want to try this.

To keep update with the spicy news on the Asian Pint of Origin, check us out on Facebook and Instagram @captainmelville_34.