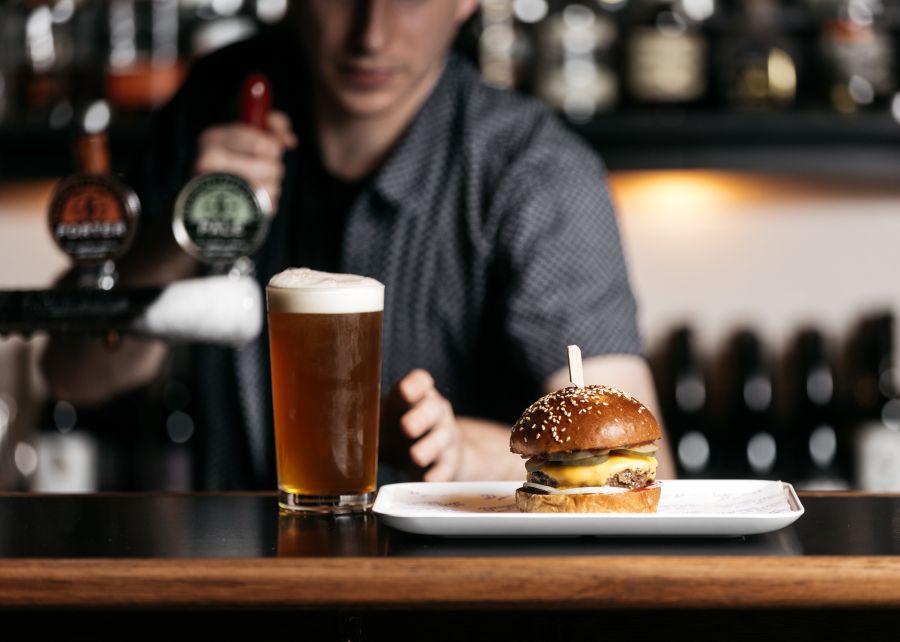 Having recently opened their doors to the public, freshly established venue Saving Grace has partnered with the legendary Scots at BrewDog to bring a very special, week long event to the beer and food lovers of Melbourne for Good Beer Week.

Boasting six taps of BrewDog's eclectic brews, Saving Grace will also be hosting Melbourne's famous Burger Boys for the event, matching each beer with a delicious burger to ensure everyone leaves satisfied.

Established in 2014, Burger Boys hit the Melbourne's burger scene headlong. Operating as a pop up kitchen in an array of venues across Melbourne's CBD and surrounding suburbs, they quickly solidified themselves as a prominent feature in the city's ever growing burger scene.

Having recently nestled into a new home at Saving Grace, the team thought it only prudent to match their stunning burgers along side some of best international brews available for Good Beer Week.