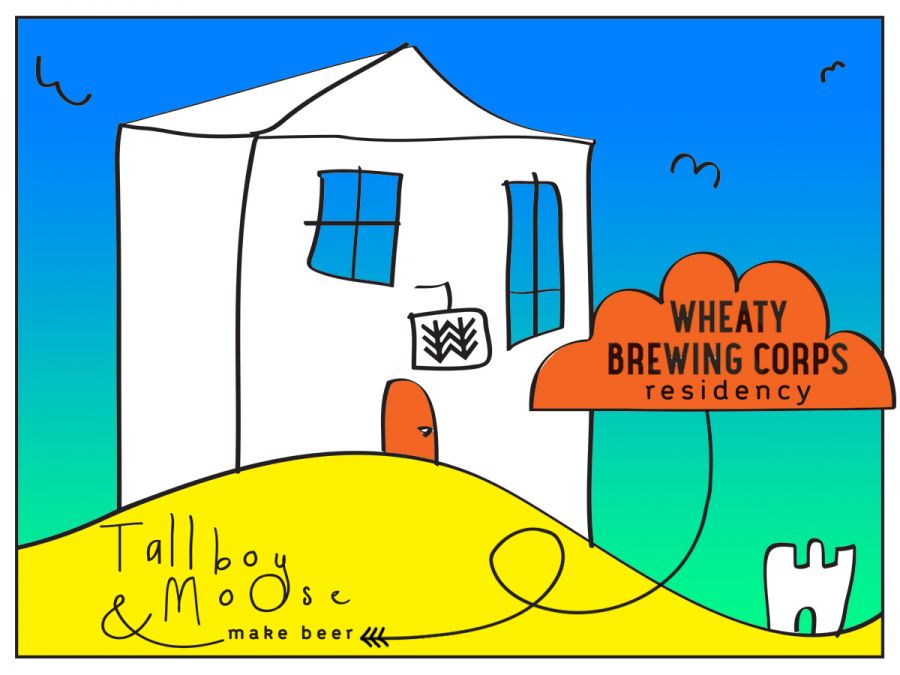 The award winning Wheaty Brewing Corps from Adelaide is setting up shop at Tallboy and Moose for GBW and we'll be showcasing their beers all week long. We have some awesome new beers launches coming throughout the week as well:

THE BREWERS SCIENTIFIC LAUNCH PARTY – FRIDAY MAY 18 (FREE) Jade from The Wheaty Brewing Corps will be in to talk punters through her award winning lineup of beers. We’ll be launching a new collab between The Wheaty and Tallboy and Moose: UNIVERSAL PROMISE is a New England rye IPA featuring all Aussie hops - it tastes like pineapple juice!!! We will also launch an Australian wild ale (barrel-aged mixed fermentation sour) called VIGILANTE JUSTICE invented via a "blend your own adventure" event with The Crafty Cabal at Tallboy and Moose this past March.

Our DryHop Therapy and Will It Blend Masterclass groups have laboured to bring you TWO new releases for Friday the 18th as well:

SUGAR & (old) SPICE - 6.1% SOUR ALE The fruit from our "Will it Blend?!?!" blending masterclass during Good Beer Week 2018. This is a blend of barrel-aged mixed fermentation funky red ale, Malt Daddy Vintage Ale and a spiced tincture that includes brown sugar, cinnamon, clove, cardamon, star anise and ginger. The balance here is very much sweet and sour, but the spiced element brings the whole towards a musk-like old spice neighbourhood. Delicious!

WILL IT BLEND?!? – TUESDAY MAY 15 (ticketed) - Blending masterclass - learn about balancing flavours in beer through blending. We will blend different beers from Tallboy & Moose/The Wheaty to create new flavours. Beers included! We'll look at acid, malt, hops, funk, fruit and a couple of curveballs in the process.

Also at Tallboy and Moose

Eight brewers matched with 8 coffee roasters to come up with unique iterations of beer brewed with coffee! All will be nitrogenated, making a whole new world of texture and delicious flavours!