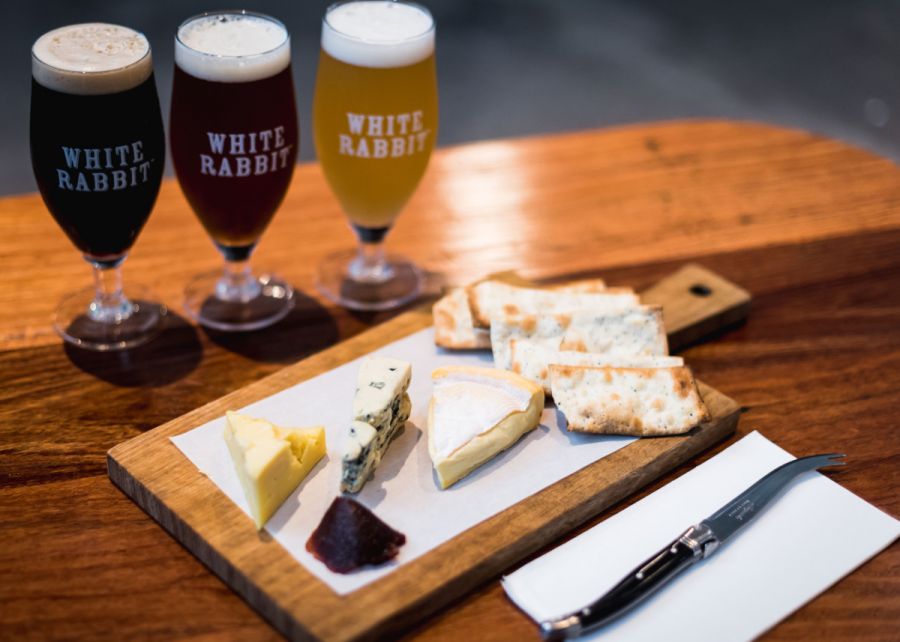 In collaboration with King Island Dairy, White Rabbit Brewery presents our 'Beer and Cheese Dinner Down the Rabbit Hole'

Join us for an evening of Cheese paired perfectly with a selection of White Rabbit specialty beers.

We will have the King Island Dairy Cheese Expert, Lee-Ann on hand to explain each cheese alongside White Rabbit Head Brewer, Jeremy Halse, as well as funky tunes from local jazz talent, Soul Chic.

We will also have a draw dropping grazing table featuring 9 King Island Dairy Cheeses. The featured cheese will include;

What are you waiting for, hop along and secure your ticket now.