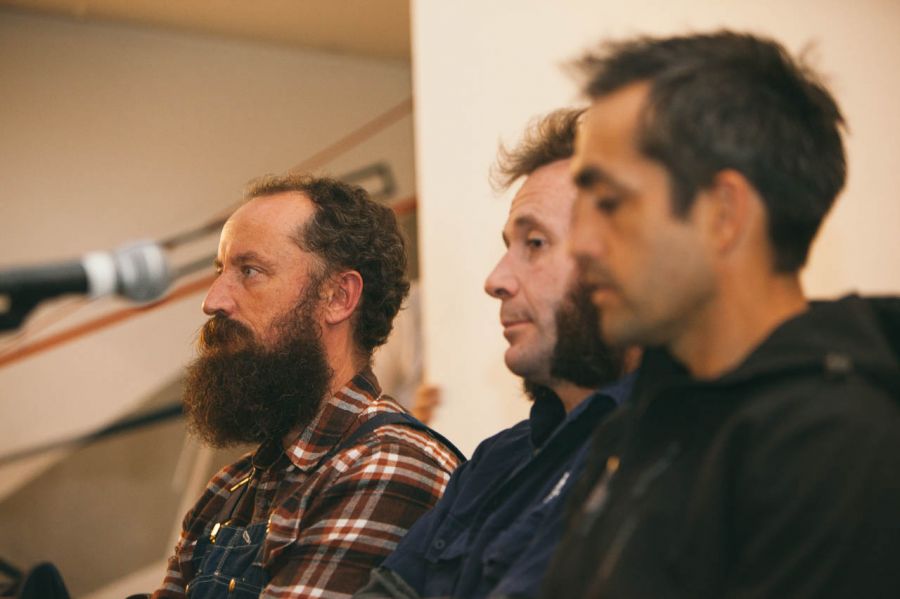 A must see for any aspiring brewer wishing to convert their passion to an enterprise.

Featuring a new 'speed-dating' format, meet 6 pro-brewers for 5 minutes each and get your questions answered! Sample brews and a wood-fired pizza inclusive.

A little more... ROGUE WAVE - BRITT AIKMAN Britt turned her love of beer and the industry into a brewing career at Rogue Wave Brewing Co, starting out milling and cleaning until she was trained up to be the assistant brewer. She’s a fresh kid to the industry with her only brewing experience being from on the job training at Rogue. Britt held a brew day closely following her win of the Pink Boots Scholarship in 2017.

KAIJU - MATT INCHLEY Matt has been in the craft beer game for nearly 15 years now. His obsessional homebrewing days finally led to stints at breweries such as 3 Ravens, Mornington, Boatrocker and Starward whiskey to name a few.

RED HILL - DAVID GOLDING After living, travelling and drinking great beer in Europe, David couldn’t buy what he wanted to drink in Melbourne, so he started brewing the beer he wanted to drink in plastic buckets with the help of Grain and Grape the brewing shop. His wife Karen came home from work one day and decided that they should start a brewery together and chuck in their day jobs. What could he do, he said yes. How hard could it be……?

FIXATION - SAM BETHUNE Sam studied marketing and working sales at CUB when he realised his interest was more in the science of brewing than the selling. Big beer didn’t suit him, and CUB wouldn’t help him get into brewing, so (perhaps foolishly) he saved up all the $ he could and moved to Berlin to study brewing science. Sam got a gig as a shift brewer at Stone & Wood after studying (now three years ago), during which time he had been working behind the scenes designing & setting up the new Fixation brewery & tasting room soon to open in Collingwood.

MORNINGTON PENINSULA - PAUL CLARKE Paul is an avid homebrewer who started home brewing back in 2008. After some brief work experience with Dainton, Paul joined Mornington Peninsula Brewery initially as a Sales Rep in 2014 and later moved full time into the brewery in 2017. He has a love for brewing hop forward beers from India Saisons, to hoppy red’s and ambers to IPA’s. He also kind of looks like Lleyton Hewitt.

MORNINGTON PENINSULA - BEN DUNSTAN Ben has been home brewing for 7 years now and is relatively new to the brew team at Mornington. He has experience from a few different sources with two and a half years spent working at Keg King and some experience brewing abroad in Canada at R&B Brewing. He regularly has wild ales and mixed ferment beers in tank at home ranging from Saisons’s to Oude Bruins. He does not look like Lleyton Hewitt.

Tales & Treats From The Briny Deep

Be regaled with tales from the sea, whilst enjoying a bounty of freshly harvested oysters matched sublimely with gose, berliner-weisse and oyster stout from Sailor's Grave. Meet the brewer, meet an oyster farmer.